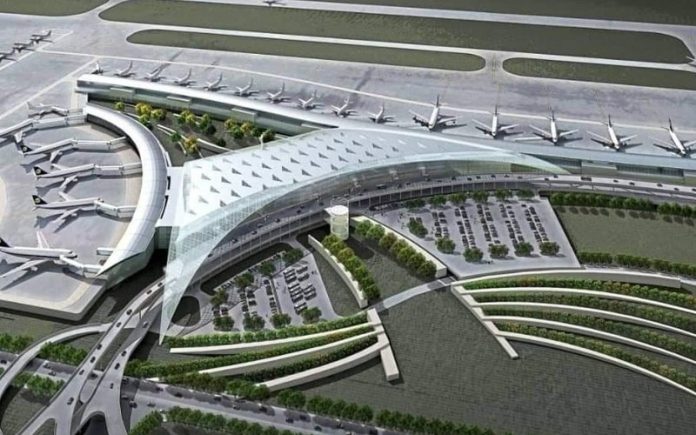 The Kedah government has signed an agreement with ECK Group to build a northern regional airport in Kulim.

ECK Group and the Kedah government will hold an 80:20 stake in a special purpose vehicle to build the airport.

Penang hawkers are still waiting for such recognition?

Mega PPV is the breeding centre for Covid-19 due to uncontrolled crowd with no social distancing?

PM7 can see what PM8 cannot?

Don’t play play with your words on our YB politicians, can be arrested if deemed insulting.

With the present prospects of air travel, any expansion of the air travel industry is insane. However, under the religion of growth and profiteering, the country is leaping into all sorts of things including 5G despite admitting to a shortage of budget.

The Center to Combat Corruption and Cronyism (C4) has questioned why the government borrowed RM11.5 billion in a span of 10 days, and demanded that the Perikatan Nasional government be transparent over the loans.

ain’t Penang an island with
limited living spaces and congested roads? wouldn’t it be a good idea for the airport to be in Kedah, to make life in the ‘island’ of Penang, breathable?

It is built primarily for Jemaah Haji pilgrims to Mecca.

lack but in future become workshop of ASIA! like China. Pengland can be home of SENIORS- old folk island and everything in slow motion slower than Kelantan. Teh susu will ask his kaki, machai in East coast to migrate over

we need an airport in kedah so that pengland airport can be located over there. pengland kia greens are so vocal about gomen expand the land and cutting bukti and gunong. with airport shift to kedah, the airport prime land can subsitute the 3 small islands. pengland kias orso complain billions burden. Let Kedah burden with debts

This coming election be wise to vote for those who are wise visionary and care for the people and environment.

Why no Kulim airport during Mahathir’s era if it is considered important for the economy?

Too many airports to be considered. Where are you during his time? You no see SEPANG airport? SENAI airport? IPOH runaway extension? Orso pENGLAND upgrades? Then the airstrips in Ulu Sabah & Sarawak turn to airports. Why build an airport very well into the future? Air pot chip chip?