CAP has issued a statement objecting to the incinerator proposal for Kepong, a timely reminder about the risks such incinerators pose. 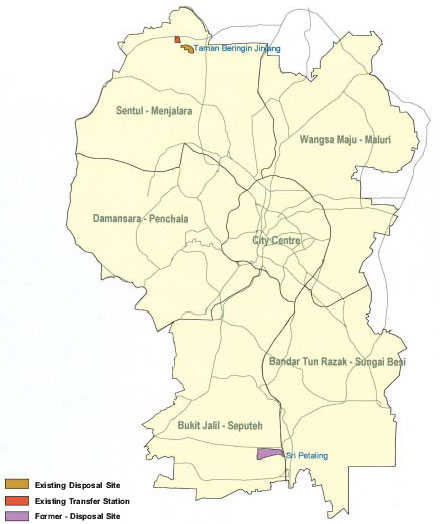 The Consumers’ Association of Penang objects to the proposed incinerator project in Taman Beringin, Kepong. We are disappointed that the Malaysian government is still pursuing incinerators or thermal treatment plants as an option for waste disposal.

Besides this proposal in Kepong there are other large-scale incinerators with the capacity of 1,000 tonnes of waste per day being proposed in Bukit Payung, Johor; and Sungai Udang, Malacca. Moreover the government through the Urban Wellbeing, Housing and Local Government Ministry has started propaganda to make public accept incineration by saying that “it is safe, can produce renewable energy and reduce green-house gas emissions”.

This is similar to the advertising blitz by the Ministry of Housing and Local Government in 2003, hailing incineration as “quick”, “clean” and “safe” solution to managing discards when promoting the now cancelled Broga incinerator project. In actual fact, incineration is an outmoded system for dealing with waste and has no place in a sustainable future.

In the past, CAP had opposed numerous proposals to build incinerators because of its potential harm to public health, the environment, economy and climate. Even the most technologically advanced incinerators release thousands of pollutants that contaminate air, soil and water because pollution control equipment does not eliminate pollution. Pollutants like dioxin and mercury can enter the food supply and concentrate up through the food chain.

Using incinerators would mean sheer waste of valuable resources which could otherwise have been recovered for use, especially since these discards are highly amenable to source segregation, composting and recycling. Opting for incineration would also mean increasing solid waste management costs. The money spent on incinerators could be redirected to cheaper and safer options that create many more jobs and new businesses.

The Malaysian government should also take into consideration the Auditor General’s 2012 report which revealed weaknesses and unsatisfactory performance of incinerators constructed by the Ministry of Housing and Local Government. These incinerators were installed in Pulau Langkawi, Pulau Pangkor, Pulau Tioman, Labuan and Cameron Highlands, with capacity of treating from 20 to 100 tonnes of waste per day. We are truly worried how the proposed large-scale incinerators will be operated and maintained, since even these small-scale ones have such poor operational records.

Incineration and other polluting end-of-pipe waste technologies are not logical solutions to our waste crisis. What Malaysia needs is a holistic, community-driven approach that focuses on waste prevention, reduction, segregation at source, recycling and composting. With active participation of the public, the government and the industry, we can put a stop to wasting.

We need to conserve our resources and safeguard public health. Hence, we urge the Malaysian government to cancel the proposed incinerator project in Taman Beringin and all other incinerator proposals in the country.

CAP should object the Astro’s price hike with such lame excuse: “Due to the continually escalating content cost, especially premium content like international sports, we have to make a modest price increase of RM2 to the Family Pack and an additional RM6 per month for the Sports Pack. Astro claims that they are now screening more live football matches. But these live matches are played concurrently and we could only watch one at a time. Anyway, who bother to watch those minor league matches eg. from Holland? Also, Astro Supersport should not add unnecessary cost by inviting those ‘football pundits’… Read more »

I support the project even my wife owns a shop in Kepong. Malaysia must move forward and accept high tech things. Developed nations need those things such as GST, nuclear power plants and incinerators.

The priority is to get rakyat Malaysia to reduce waste.

This ‘out of sight out of mind’ attitude prevalent among many small, medium and large contractors as well as the government is hard to believe, given the readily available science and camera technology today, never mind the naked eye. There are no excuses today to burn rubbish anywhere, because science tells us it disperses pollutants far and wide. Even if the smoke emanating from the incinerator looks clear, it is not. It is really no different to the scenario I have painted below with regard to action removing rubbish from sight. If a small contractor can save his/her client some… Read more »

CAP also wants the BN government to extend the list of exemption from the goods and services tax (GST) to other vital items like canned sardines, biscuits and bread.

An NGO from Penang has to defend the people of Salangor. No need to comment on what the local “defenders” are doing. Regardless of the propaganda, all incinerators generate PCBs, and the badly operated ones generate more. These are lessons the West learned painfully in the 1960s.