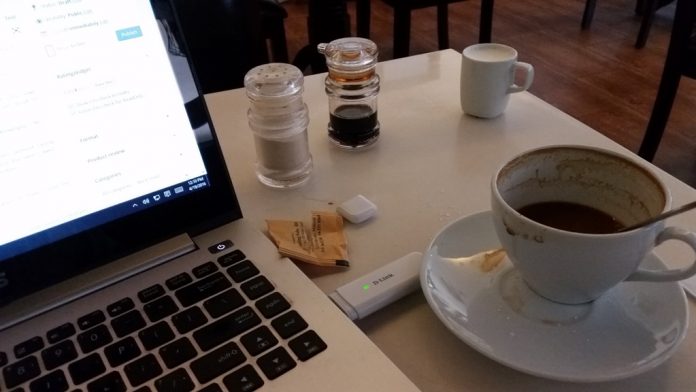 Sitting in a kopitiam in George Town, I struck a conversation with a friendly waiter while tucking into some toast with half-boiled egg spread on top with some coffee on the side.

Before long, I found out he was from Teluk Bahang and had worked in hotels there for the last 25 years. Skinny, bespectacled and small in stature, he looked in his late 40s or 50s though the cap he wore made him appear younger.

Soon, speaking in fairly fluent English, he was lamenting the high cost of living, the toothy smile he flashed belieing the gravity of the issue. “The cost of living now is so high, RM100 now is like RM10,” he sighed. “In those days, we could get roti canai for 40 or 50 sen; now it is over RM1. The same with nasi lemak: it is RM1.20 now whereas previously it was about 50 sen. It is tough.”

The only respite now is Brim money, he said. But that is money from our income tax, he pointed out, knowingly. “Do you know they have collected RM26bn from GST?”

Married for the last six years but with no children, he said his wife had to undergo surgery, but she’s okay now. “Life is tough especially for those with families.”

Without saying why, he expressed some resentment towards the presence of migrant workers in licensed shops, where the owners make “easy money”. With some envy, he noted that “the Chinese” were quite close-knit and helped one another.

I suppose when times are tough, people seem more prone to look for scapegoats, often missing the real culprits, those really responsible for their predicament.

I asked him what he felt about the political leadership in the country.

He tactfully replied that Malaysia didn’t experience many problems during the earlier generation of leaders like the Tunku, unlike now. “Among the current leaders, I think Badawi was the best.”

Seems like the high cost of living is certainly hurting those at the bottom of the ladder. Maybe those at the top of the food chain can’t see that.

And why are they hurting? I suppose it is a combination of factors: neoliberal policies that have widened the gap between the rich and the poor, the squandering and siphoning away of public funds, a regressive tax like the GST, higher food prices due to lack of food self-sufficiency, forcing us to import food (the weaker ringgit makes imports more expensive) and property speculation driving up real estate and housing prices.

Employees need to step up productivity as employers are likely to reduce headcount due to higher wages.

If Anil could resume his blogging about food, may be he could get sponsors to try out the various food outlets in Penang for reviews?

🙂 That might be a recipe for putting on weight!

25 yrs as waiter in hotel? how to bring up family? std 6 edu is enough. no wonder boss wants to bring in banglas. armno federal gomen with the same unchanged policies. with sea labour, location and oil we should be competing with sinkapore as maritime and ship building infustries. what vocational do federal gomem has? no wonder penang lost talented people and retard opportunties

Actually, the waiter hinted that he was some kind of middle manager in the hotel; perhaps he became a waiter after retiring. He looked like he was in his 50s.

Instead of taking care of grandchildren at age above 50, some folks prefer to pass time e.g. as waiter, to socialise and earn extra bucks at same time. Nothing to be ashamed of.

if he is a manager he has many contacts for other opportunties. how to retire at 50plus?guest coming back to hotel must wonder why manager now a waiter

Maybe he had enough of the rat race and corporate values and just wanted a stress-free life. Who knows..

In service sector, a high percentage of the employees are given ‘managerial title’ in order to present themselves better in front of customers.

Anil, ageism @ work in most companies. This is the truth. They would rather employ a young guy at cheaper wage. Training is not an issue. Mistakes can be overlooked. But costs are issues in order to maxi-profit at all costs (including retiring the more experienced & more responsible older workers). May be, this waiter has a sentiment to continue working in the same industry, though downgraded in work. Fact @ Work: Reinvent thyself to continue working to earn a living. Learn new skills to make yourself employable or to be own boss (this is a better option than to… Read more »

PM Najib advised Malaysians to spend according to their means even though he noted that their quality of life has improved.

even a pro heritage Anil now patronized “modern” cafe and it sends a strong reminder to many many traditional family-run kopi-tiams to buck up or follow the fate of many outdated sundry shops to fold businesses when customers switching taste.

I don’t normally go there. I just went there to write something 🙂 Exception rather than the rule.

I & Anil are buddies. Why try so hard to split our cordial friendship???
My preference for old world charm kopitiam Kopi-O kau kau is personal & not a lifestyle mandate for anyone.
It’s a democratic world out there. I drink Kopi-O kau kau. Some drink Chinese Oo Long Tea. And some drink Sg Pinang Black Tea. The costs of coffee drinking lifestyle preference is another matter of hot debating but don’t have to take it so personally.
No Kopi-O, no Ooomph in anilnetto.com
Cheers Kopi-O kau kau, Anil!

Anilnetto.com may expand scope with new paradigm shift, covering heritage traditional stuffs and now starting new write-up on cosmopolitan lifestyle events food inclusive to capture more readers hence more revenues. There is no right or sabotage issue to touch base on newer trends as demographic changes. Should be able to accommodate traditional and modern landscapes. More exciting to readers to have new comments on latest modern Penang to balance the vintage views, such that a converging culture can evolve from next generation readers e.g. junior breeds of Lim’s, triple6s and not forgetting junior buddies of Penang-Langs…….. Cheers with either kopi… Read more »

Don’t think you should have to justify your actions. Those who knows you well will never pass judgement.

I think it is ok for Anil to get some indulgence in order to understand the current market condition, so that his writings could reflect the reality of today.

Anil can try Starbucks Ice-blended coffee or Dragon-i next and give us his honest opinion.

Why you overspend in restaurants
http://www.thestar.com.my/business/business-news/2016/05/07/why-you-overspend-in-restaurants/

Good for Anil to frequent such lifestyle non traditional cafe in a way to support the waiter although the coffee is not kopi o kau kau more affordable pricing.
If we boycott going to kimgarish Cosmo-type food outlets, many more young locals as waiters/wsitresses can’t earn enough to support education cost.

Because most young people got good allowance from their rich parents, can appreciate Starbucks but no empathy on how hard for commoners to earn the money for that cup of premium coffee.

Or buy popcorn drinks combo easily ~RM9+ on top of a movie ticket of ~RM12- RM15, a norm among youngsters of current era.

Not long ago, probably 25 years ago, I watched a circle seat at Capitol Cinema at RM2.5 and a paper cone-shaped kacang puteh for RM1.2 🙂
Good old days to recollect.