Today, I dropped by to check out the Migrants Sunday celebrations organised by the Migrant Workers Support Centre on mainland Penang.

As I looked around at the gathering of workers from Burma, India, Indonesia and the Philippines, I couldn’t help thinking about the double standards we practise when we think of foreign workers.

Why should there be double standards when both categories comprise human beings, workers, who have come to our land to make an honest living?

Let’s look at some of the glaring differences:

Expatriates (Why are they not called migrant workers too?)

So why the discrimination? Is it a class thing, a racial thing, or blue-collar/white-collar discrimination? Or could it be that the former belong to the working class while the latter are part and parcel of the capitalist class? Why can’t they all be called – and treated as – “expatriate workers”, with the same rights and privileges? 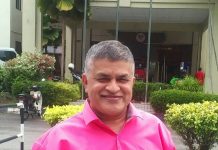 Double or multi layered standards, and divide and rule tactics, are sadly the standard operating procedures in Malaysia.
The playing field in not at all level. Cronyism, exploitation, corruption, greed, misguided religious zeal and racism are all factors which affect human rights and the well being of Malaysians as well as migrant workers. All those who feel that they are being exploited, short changed, cheated, or otherwise given a raw deal, should join together to register their protests and endeavour to effect changes in order to rectify this disgraceful situation.