Watch the live TV streaming of the parliamentary debate.

1800: The UN has stepped into the picture. UN High Commissioner for Human Rights Zeid Ra’ad Al Hussein has just urged the Malaysian government to withdraw its proposed amendments to the Sedition Act.

1320: The debate is scheduled to begin at 2.30pm. Watch the live TV streaming. Let’s see which of our MPs are prepared to trample over Article 19 of the Universal Declaration of Human Rights, which states: “Everyone has the right to freedom of opinion and expression; this right includes freedom to hold opinions without interference and to seek, receive and impart information and ideas through any media and regardless of frontiers.”

Noon: About a dozen smartly attired young activists have turned up in Parliament to distribute leaflets to the MPs. 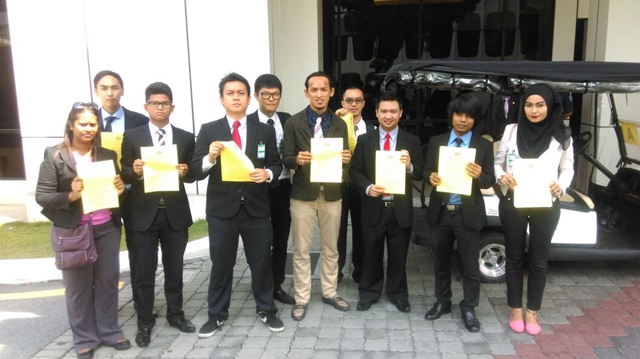 Apparently, the amendment to deny bail has now been removed. From what I hear, the minimum sentence under Sec 4 (1) has been reduced from five years’ imprisonment to three years. But passports can still be taken away, intention is irrelevant, and propagation is now an offence (meaning it could be an offence even to retweet contentious stuff). So all in all, the bill is still bad.

The Sedition Act amendments are expected to be tabled in Parliament at 11.30am.

In the case of Pota, Malaysians were dismayed to learn that 79 BN MPs actually voted in favour of detention without trial, which is a serious violation of the basic right to a fair trial, enshrined in the Universal Declation of Human Rights. And 26 Pakatan MPs were missing from Parliament.

This was the outcome of a poll on my blog in December 2014:

A notice has gone out to all PKR MPs to make sure they are in Parliament when the bill is tabled. If you are an MP, make sure you turn up and vote against the Bill. Malaysians will be scrutinising how each of you voted. They will not look kindly on missing MPs, unless they are seriously ill or have an emergency to attend to.

Having tasted the fruit of democracy and the right to freedom of expression, Malaysians are not going to surrender such a basic right so easily. We will continue to campaign until detention without trial is abolished and other basic rights are restored and protected.

MPs who are not on the side of the rakyat and instead support repressive laws must be voted out.

In countries like India and even in Japan, Members of Parliament who voted against the wishes of the local electorates could face possible protest in their respective constituencies. This is what is missing in Malaysia. The MPs who disregarded the fate of the voters should be held responsible for passing the amendments to the Sedition Act. The voters should go after them now and not wait for the next general election. These MPs should answer their constituents and voters.

Promoting dissatisfaction against the gomen is sedition. Why bother to have democracy?

He said the amendment that gave powers to the court to prohibit the circulation of seditious publications was a serious attack on free speech and expression in a democratic society.

Bottom line is all YBs have been rewarded with min 148% pay hike to cushion the impact of GST.

“No matter how noble the objectives of a government, if it blurs decency and kindness, cheapens human life and breeds ill will and suspicion – it is an evil government” – Eric Hoffer, The Passionate State of Mind 1954

What power has law… where only money rules – Petronius

You be the judge.

A robber, a murderer, a rapist, whenever the Press interview the mother or parent, they will always say my son is a good man and will not do such thing. Mahathir allegation come from the sob of the parents and a convicted murderer who is trying to get himself free. The court has already made the judgement with all evidence presented. Mahathir is just trying to get revenge against Singapore by getting the crooked bridge revived. He cannot do it when he was PM and Singapore snubbed him. He is now against Badawi & Najib is because they did not… Read more »

All evidence? So what is the motive of the murder? Or how did the immigration records of the murder victim mysteriously erased?

The poll is just the opinion of the readers and cannot be used to gauge who is lying or not. Who lies or not is the evidence presented and evidence has been presented in the court of law and the evidence has proven that Sirul is guilty of murder. To blame Najib, you need more than that that Tua Kee Lang. You need proof not hearsay or unsubstantial allegation.

Even LKS, the CAT and Zamin were not present during the POTA vote. What a disgrace

It was a mistake by Najib to make that pledge.

It was a mistake by Najib to dabble in 1MDB in the first place.