A group of about 20 political activists have held a vigil at Dataran DBI in Ipoh earlier tonight to express solidarity with the 45 ISA detainees still in the Kamunting Detention Centre. 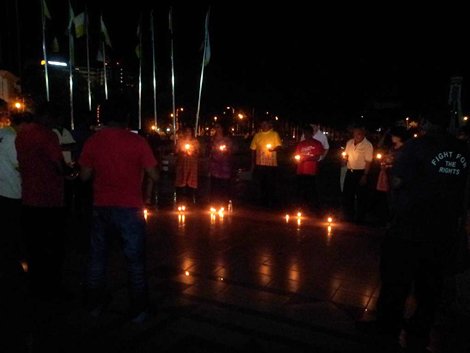 At the vigil, Sungai Siput MP Dr Jeyakumar Devaraj said the ISA is dead as the new act to replace the ISA was gazetted last week.

If the ISA has been repealed, why are the 45 ISA detainees still locked up? Another activist, Saras, one of the ‘EO6’, said the Kamunting camp should be shut down.

The vigil expressed solidarity with the detainees, some of whom are believed to be in the midst of a hunger strike.