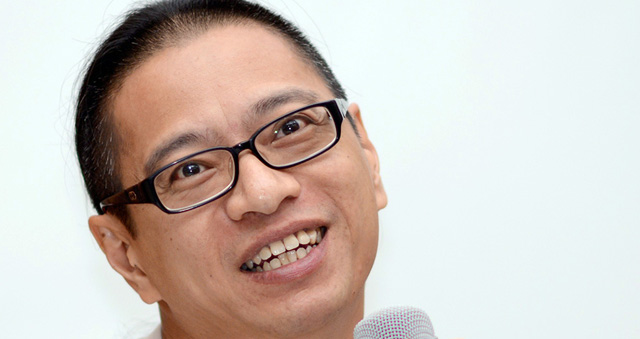 We, the 300 undersigned academics and concerned individuals, stand united and in solidarity with Dr Azmi Sharom, whose only alleged ‘crime’ is to think and to publicly share his considered opinion on matters related to his professional expertise as a law professor.

Reportedly, all Dr Azmi did was to caution the Selangor Pakatan Rakyat to not resort to the Court of Appeal’s ‘landmark’ ruling of effecting a transition of government and Menteri Besar in the Perak case but to revert to the universally accepted convention of testing its support and its candidate for Menteri Besar in a vote of confidence in the state assembly. What is so seditious about that?

Charging Dr Azmi Sharom with ‘uttering and publishing a seditious statement’ only shows up the hypocrisy of this government. After all, does not this same government also employ Dr Azmi to teach students about our legal system, to undertake research, to study judicial pronouncements and to opine what constitutes justice within a democracy? Does it not defeat the very purpose of his work and indeed the work of thousands of other academics within a nationwide university system if he is to be summarily hauled up for merely doing his duty as an academic?

Luther king will be in kamunting n sedition for challenging the government of the day. …

We have a ruling political parties where majority of its leaders are against the interest of the people. Their reasoning only they believe and convinced. These people are powerful people able to determine the fate of who leads this country.. They are a very small sliver of this country and their supporters just a bit more larger but minorty. Still they will hold on to their self-righteousness unless its completely ripped out of them.

Where are the experienced and retired lawyers who have nothing to lose, still hiding in the woodwork afraid to stand up?? With their walking sticks called ‘Penang lawyers’, retired lawyers should be courageous like our late Irene Fernandez.

The greatest tragedy is not evil doings from the wicked people but absolute silent from the good people. Martin Luther.

Not only have you misjudged like you always do, you have inflicted an injurious, unfair and unjust act to Martin Luther King who have not just fight for the black people, he did headed the Civil Rights Movement, assisting the Montgomery Bus Boycott Movement that helped bring national attention to some of the rather blatant discrimination laws in the south. And many more which you are just too ignorant to know And the America you people touted as one of the greatest and best democracy that have fight and defended human rights and abuse, the black are still no different… Read more »

Ananars says “And the America you people touted as one of the greatest and best democracy that have fight and defended human rights and abuse, the black are still no different today from 60 years ago” President of USA — African-American (Barack Obama, father is from Kenya). African-Americans are only a small minority in the USA. This means that most of his votes come from whites and other ethnic groups. Past Secretary of State — African-Americans (Condoleezza Rice, Colin Powell — family origin Jamaica). Attorney-General — African-American (Eric Holder) Laws in USA that protect ethnic minorities against institutional discrimination. The… Read more »

Personally in all my frankness and not because I am against or for anybody whether its Pakatan, DAP, PKR, PAS or BN UMNO, Gerakan, MCA and the 18 parties or all the NGOs or whosoever, I frankly believed and believed that the ISA and Sedition Act are good laws if not abuse and should not be repealed. With this statement many would definitely demonize me and call me BN and UMNO, Gerakan, MCA etc sycophants. Before you do that think about what the law can do to control the situation especially during such critical time. Look at recent development in… Read more »

If you are not with us then you are against which is s well known quotation. So they are used to those not with us. ,since british time.

My dear, the same repulsive rule of engagement runs among us in anilnetto.com
What’s the difference?

You disagree with cat and the others with 1 Malaysia.

Recommend Bananars, Toonlang, YangYang, KahwinSekarang to read “Misplaced Democracy: Malaysian Politics and People” by Sophie Lemiere. They will be very proud that group like Pekida can protect them from any illegal volunteer group.

Toonlang & YangYang (gatal-gatal) can count on Pekida for the safety of their family. Good luck! No purple haze for them.

JJ Thomas. Your belief of democracy is hypocritical & shallow to say the least here. Cakap tak serupa (bikini). A few voices of discontent & you jumped up + down like … with ‘cabai’ in the mouth. Frankly, I am no supporter of SA, ISA, Operation Lallang nor the mishandling of justice esp the case of Teoh Beng Hock. And I live enough years to see Malaysian democracy morphing into what I detest but I would rather not put a word of it. But it doesn’t mean I have no choice but to mindlessly support DAP / PKR & their… Read more »

The Court of Appeal’s ruling has confirmed that Teoh Beng Hock’s death was caused by the actions of unknown persons including the Malaysian Anti-Corruption Commission (MACC) officers. Therefore The police should immediately drop its sedition probe of DAP veteran leader Lim Kit Siang for claiming that political aide Teoh Beng Hock was (allegedly) “murdered” in 2009.

If ros says the organisation is illegal, polis can act so fast. Now the verdict, it is not sucide, obey the judge, go and find out who is responsible for death in custody.

Dr Azmi Sharom is the darling of every right thinking man in the society, only the insane and wicked will loath and criticise him.

Sad indeed for this group of people !!!

the country, our once beloved land is now run by a bunch of headless chickens, they know not what they are doing, they are running amok, they are threatening people with sedition, to shut Azmi Sharom from telling what is right in the law…

the country has gone gila now…

cry for your country !!!

You talk of rights, you talk of law but you support PPS, an illegal entity

Illegal for 4 years? Now 1 malaysia polis must be very handful to look for 9000 secret society members. Since you are a loyal 1 malaysia member, better spend your time as police volunter to help 1 malaysia to reduce taxes.

Always get stupidity from you. Yes been illegal for 4 years and they have been warned. Another stupid comment from you. Why should I be a volunteer. The police can do it. I don`t cry and whine like one commentator use to but work hard and earn more and help the govt by paying tax.

Shahidan Kassim said that Najib had never promised to repeal the Sedition Act, only to review it and replaced it by the National Harmony Act.

Can najib tell us why?

Shahidan Kassim claimed an internal survey found that 161 out of the 191 Umno divisions want the government to retain the colonial-era Sedition Act. Wow! I hope the laws of Malaysia is not determined by Umno divisions! Any law that goes against Malaysians at large should be abolished. If you want to do a survey, why not ask Malaysians in general whether we want the Sedition Act. Umno divisions do not represent Malaysia. Do not forget BN only represents 47% of voters. If Putrajaya bows down to the demands of Umno this will prove that Putrajaya is not the Government… Read more »

According to report, 1 malaysia pm will listen to Malay view on sedition. The gang of 4 can close shop as 1 Malaysia will not listen to them. Why still want to satay?

In fact the situation now will only ramp up Dr Azmi’s reputation and credential instead. Let it be judged by all !

I doubt there were 300 stupid people supporting him. Don’t hype to much.

Count them, please. I am one of them.

Count me in, too.

These 300 “stupid people” include Ramon Navaratnam and Kamal Salih,
pillars of the Malaysian Establishment.
Maybe you need to read carefully before you fire off “speedy” comments ?

The above scenario is only a reflection of what Malaysia is truly is. No ifs and buts, just have the Umno schmucks and their ‘partners’ … kicked out of Putrajaya. That is if the in fightings that are going on in Selangor cease immediately and don’t allow the aspiration of one person to impede this aim from taking place.

The arrest of Malaysiakini’s Susan Loone under Sedition Act has clearly contravened Najib’s comments on May 26 this year: “A strong and vibrant media is an essential part of a mature democracy” and the “press can hold governments, corporations and people to account.”

We shall wait to see our International Ranking in terms of transparency, human rights, censorship, media freedom etc now.

We are ashamed of our PM since janji tak ditepati!

Me too. Now he is under pressure as Perkasa wants him to retain Sedition Act.

Steven yang also says he is very support of the sedition acts as we be like activists in Hong Kong. There is no such thing as true freedom snd demo cracy.

Najib became PM five years ago and nothing has changed despite all the promises!!! Basically, what he is telling us is that he has shown no leadership and lacked the competence to bring about the changes. Meanwhile, he is using the Sedition Act to the full advantage to curb debate on government policies and inaction. Worse, (his administration) is abusing it to harass and threaten opposition voices and opposition MPs. The National Harmony Act will be the carbon copy of the Sedition Act.

Personally I think this Azmi Sharom is an OK guy. I have rebutted him on several issue with regards to the Malays and his reply were simply perfect without using, discrediting or defending any races but with reason and the context of the law. His writing and action is the epitome of rights and fairness to all whether Malay, Chinese, Indian. Race and religion is not in his vocabulary. Its just too bad he wanted to speak up and right the mess of Anwar which is a mess that cannot be untangled anymore.