1. UKM is the only public university to receive an increased allocation in the 2016 Budget. Its estimated allocation will be increased by 5 per cent from RM488m to RM512m in 2015. All other public universities, including UTM, which is the highest ranking Malaysian university, have had their budgets trimmed, leading to concern among many that next year could see university tuition fee hikes. The above image is an excerpt from the 2016 budget allocations. What makes UKM so special?


2. UKM was given the mandate to develop, implement and monitor the implementation of the PERMATApintar programme, which was launched in 2009. Apparently, UKM is the only centre tasked with the responsibility of identifying gifted and talented children from all over Malaysia.

3. The Permata Division under the Prime Minister’s Department has just signed MOUs with four universities to act as implementing agencies for the Permata programme to “enhance collaboration in the academic, research and service fields”. One of the four selected is UKM.

5. The chairman of the board of directors of UKM is Ibrahim Saad, whom Penangites should be familiar with. He wants to see at least one member of the UKM community win a Nobel Prize.

6. Sharifah Hapsah Syed Hasan Shahabudin stepped down as UKM vice-chancelleor in 2014. She is now senior consultant to the Prime Minister’s Department. 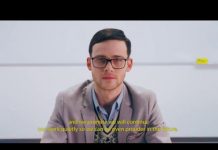 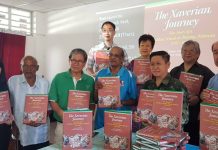 Thanks, please just put the first one or two paras followed by the link, not the whole article. Your own comments would be interesting too.

UKM is the lauchpad for the next Malaysia’s angkasawan aka space tourist to boost its standing in world’s ranking?

UKM to revive the angkasawan program to improve its ranking?

When can UKM-Permata nurtures and produces young talented entrepreneurs who can gain global fame at young age? Somehow spicy money being spent yet we can be sure young talents need not be groomed as its natural instincts or survival genes that produce world champions in business world, just read the biography of Lim Goh Tong or the coming ones e.g. from that Chendol man of KengKwee Lane Penang?

Interesting article. But please only include the first one or two paras and then show the link to the full article. Thanks.