A crowd of about 100 has turned up for a ‘picnic’ at the Butterworth sea-front to support the Bersih demands for electoral reforms ahead of a general election. 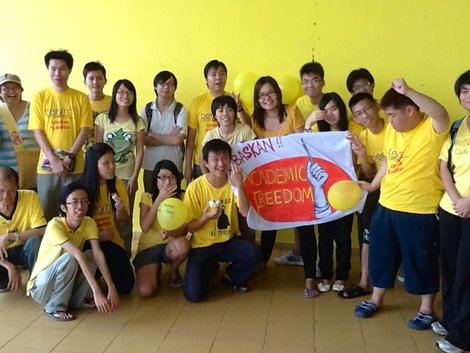 They are participating in a series of activities this morning: a clean-up of the beach, children’s drawing contest, line-dancing. The event ends with a declaration of their demands. According to one activist at the scene, the tools for the gotong-royong have been supplied by the MPSP.

The event is being held in Bagan Ajam next to the rest area of the Butterworth Outer Ring Road.

Among those taking part are representatives of Suaram, LLG Cultural Development Centre, and students group Dema.

The activist added he doesn’t see any uniformed police personnel but he believes plain clothes police are around.

No free buffet and a clean up of the beach. Don’t think Gherkin will be there.