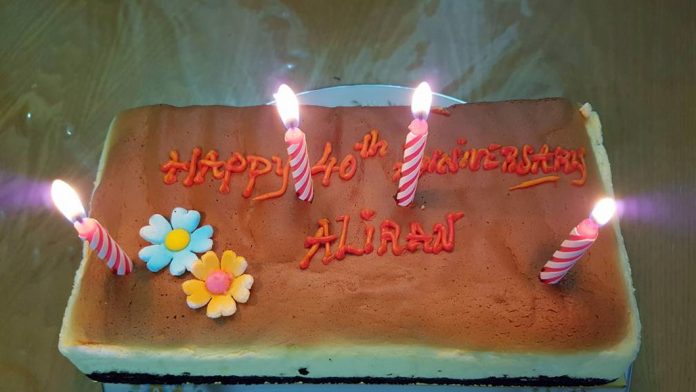 More than two decades before the reformasi movement was unleashed, a small group of Malaysians came together in 1977 to launch a multi-ethnic, multi-religous movement.

Initially, they wanted to call the group Liga Reformasi. But that name was rejected by the attorney general’s office.

Some of the group persisted and they then launched Persatuan Aliran Kesedaran Negara (National Consciousness Movement) on 12 August 1977. At that time, few were familiar with human rights and social justice issues. In fact, there were no other human rights NGOs around, and the term human rights itself was something of a dirty word in establishment circles.

The rest as they say is history.

In the course of its history of planting the seeds of socio-political awareness, Aliran published an independent monthy magazine for 33 years and then moved fully online in 2014 on its website, which started in 1997.

Check out the website and the history of the group here. The website also has a Crackdown Watch page which monitors the crackdown on civil society activists and opposition politicans.

Individuals are always going to have differing opinions over what they deem to be right and wrong, but when public safety becomes an issue, perhaps the government should opt to not perpetuate the animosity, but seek to quell the fire and bridge the ruptures in society.

Aliran uses complicated English, articles are like legal documents. Lee it simple and short. Instagram generation will not read anything longer than 80 words!

Aliran sadly not making much impact as the organisation more English focus, not knowing the past 40 years less people especially the major ethnic group not able to be in syn with poor understanding of medium of instruction.

The kampong folks look at Aliran as elite intellectual grouping, and cannot identify with the reform programs.

Aliran can be more effective as political party instead as NGO that tends to syiok sendiri.

Not many young people read nowadays. They do not even write in proper English but use emojis instead. Aliran need to do something (reinvent) if it hopes to get its messages to the young generation.

Majority of young generations now hardly read, prefer to be at cyber cafe playing in one games poor chitchat socially online and live day by day no concern over justice, environment etc.

Aliran must flow with changing times. Should become animated comics to spread the intended messages to the young ones.

Zunar’s single page of satirical comic sends the message more effectively to the masses than Aliran’s pitch perfect queen English which many cannot understand. No offence to Aliran but nothing to hide over the truth that may hurt.

Anti-democratic forces don’t have to worry about civic society/NGOs as long as they can (directly or indirectly) (a) propogate hatred or entitlement (b) undermine literacy (c) ratchet the struggle for daily survival. Communication is now largely limited to photo opportunities, sound bites and 140-character messages. Even in places where you can expose, ridicule or insult a public figure, you won’t get far. Proof: USA today.

Another article here is titled “Our addiction to growth…”. Are the undereducated and overworked majority interested in growth. Even their modest savings – to face deliberate instability and exploitation – cause instability on an aggregate scale. The few honest economists have spelt out the solutions, but these displease the lords of money. So, as in the case of “our lack of awareness on public safety”, it is “our addiction to growth”.