On a dark night, in a distant frontier of the oppressive Roman Empire, a child was born who would go on to proclaim Good News to the Poor and point to a new way of living, based on a different set of values.

This Christmas Day, let’s pay tribute to those who dare to be different – the ordinary people who speak truth to power, who raise awareness of a gentler, more holistic model of development that is in harmony with our environment.

The ones who keep reminding the government of the reform agenda – local democracy, accountability, transparency, housing for the people, universal healthcare for all.

The ones who extend a hand of solidarity with the poor and the marginalised, including the migrants, refugees and asylum-seekers in our midst – those who dream of a place for everyone, every creature under the Malaysian sun.

The ones who say a new more just world is possible, the ones who make change possible.

Check out the video at the top by Andrew Ng.

Wishing you all a joyous Christmas and a wonderful New Year in the new Malaysia. 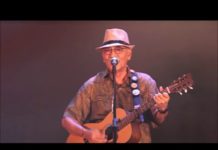 Big thanks to the NGOs for speaking up against the clowns in the government and also the opposition. So far, I see no improvement from the new government, only racial riots and falling ringgit. Embarrassing!

A good recap of 1MDB scandal in this BBC’s podcast of ‘Business Review of 2018’:

ya, so easy to talk big, but none of them walk the talk…hehe

Penang council stops unsanctioned mangrove clearing, orders full restoration https://malaysia.yahoo.com/news/penang-council-stops-unsanctioned-mangrove-100554248.html Penang authorities probe massive clearing of mangrove swamps in Batu Maung https://malaysia.yahoo.com/news/penang-authorities-probe-massive-clearing-052208823.html Hello, This Tak Masuk Akal: After being issued a stop-work order by MBPP, the company is also required to submit an earthworks plan through its consultant engineer to apply for approval from the council within 30 days. WTH is this slap & soothing? Tak cukup wayang-wayang kah? Destroy > pay fines > resume destruction with approval after 30 days? This insanity of wayang (for the last 2 terms of DAP) by the authorities with regards to illegal clearing… Read more »

Many Xmas and happy old years to tun lang. May memories of Love Lane and peng land road lingers 4 ever.

Sori mate, too much volka instead.

Merry Christmas, everyone on planet Earth.
A season to sing the Greatest Is Love For God Is Love.
Love knows no bound, as diverse as mankind is.
We as one human creation in God’s intelligence, let’s live together in this one liveable planet called The Blue Marble. And care for it too.

God must be bad to you, huh?

If you have fear, look for God.
Need hope, go for God.
Otherwise be an atheist!

Can also be a Jedi.
https://www.bbc.co.uk/programmes/w3csy2py

wow, amazing, only these people is correct, the rest is either wrong, dumb or ignorant….hehe

Help pass my greetings to the DAP team and also their cronies.

sorry can’t help you on that..i know no one from DAP or their cronies.Not everyone that disagree with the NGOs are from DAP … So sad that fanboys of NGOs refuse to accept the fact ….hehe