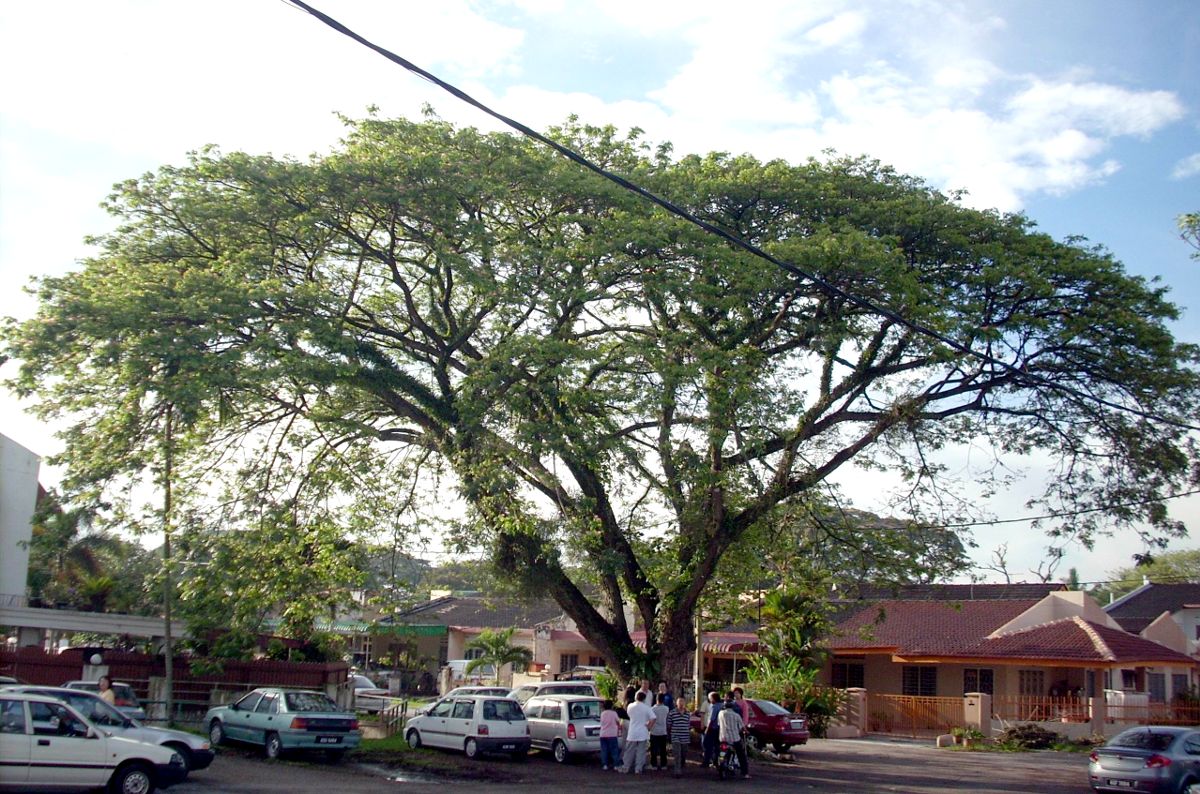 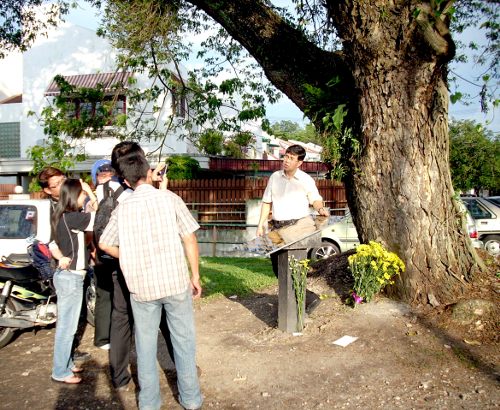 More visitors turned up in the evening; notice the bouquet beneath the tree

The BN knows what it needs to do to survive: it has to push through major reforms to wipe our corruption and abuse of power to win back lost support. But is it really capable of such reforms? This was the cover story I wrote for a recent issue of Aliran Monthly:

As the Umno election and general assembly in March approaches, the party faces a huge dilemma.

It is phasing out a leader (Abdullah Badawi) it feels is not suitable to lead the party following a general election setback last year which saw it lose its coveted two thirds parliamentary majority, while five out of 13 states fell to opposition hands.

Umno is now about to endorse a new leader, Najib Razak, whose own leadership credentials are in tatters following crushing by-election defeats in Permatang Pauh last August and Kuala Terengganu in January.

The irony is that it was the lack of meaningful reforms that led to the BN suffering an erosion of support. But it was Abdullah, more than Najib, who realised the importance of reforms, even though he largely failed to deliver them.

The 17 January by-election may not have changed the balance of power but it has implications that extend far beyond the capital of the resource-rich state of Terengganu. Voters were also sending a signal that the Umno power transition scheme had not impressed them. Many analysts saw it as the voters’ refusal to endorse Najib as the prime minister-to-be. Full article here.

the plaque will SURELY be destroyed one !pls PROTECT the TREE !!

I took a cab, yesterday. The cab driver looked so sad. I felt inclined to say something about the weather to him, in the hope of breaking what appeared to be icy silence.and to know why. i was so shocked to find out that he was literally ‘weeping’ for Malaysia….he told me that the BN had upset Malaysia’s good name and caused the people shame! Is this not the feeling in the whole country….a sense of being let down, a sense of sadness, a sense of shame and anger….so it is time for change, for the better. Here are some… Read more »

The way BN rules the country, not only BN cant save itself…..Malaysia cannot even be saved. Malaysians will suffer drastically a few months from now (now already suffering from low purchasing power). Foreign investors will bypass malaysia and our KLCI will drop to 700 and below in the not too distant future. Our ringgit will depreciate further compared to US$.

This may be out of the topic. But this morning i received an email from the Secretariat of http://www.warkahuntukpm.com.my requesting me to submit any complaints and suggestions to them as they are having a ‘Sesi Hari Pelanggan’. Does this indicate that our present PM is not stepping down so soon ? or is the submission is for the next PM to look into ? Really don’t know. Just guessing.

can the BN save itself ?

can a crab walk straight instead of sideways ??

i guess everyone knows the answer…

BN is rotten to the core. There is not the slightest sign of effort made to redeem themselves. If one were to take the 2tier leaders as a yardstick for the future of BN, it only confirmed there is no hope. These bunch of so called politicians are arrogant, not only abuse the laws of the land, they show very little respect for the country Constitutions. They say, “If a thing is wrecked, change it” Obviously, BN has overstayed their welcome, it is now up to the rakyat to throw them out of govt. Let us, finding the Tree of… Read more »

I’m pretty convince that at any election in P.Malaysia, these umno goons will be trash. Anything they touch smells corruption. The extent now is that if I’m in umno what’s there for me.
And to people who comments that Najib is sly or anything to imply that he is smart, please stop saying it. What’s so smart about him. What ever is done is thru outright arrogance, he simply just bull dooze it thru. Almost like what you gonna do about it.

‘SAMANEA’ the botanical name for this tree.
UMNO (and BN) started to lose its grip the moment it introduced the NEP. Initially, it marked the beginning of segregation of muslims and non muslims (bumis) and rolled on later to be taken advantage of by a smaller group of ‘people with power’.

Asking BN to reform is like asking BN to become more like PR. The very reason people join BN is to GET. That’s BN’s raison d’être. If you change that, the members will leave in droves. There will no longer be a reason for it to exist!

I am so fed up with BN that if “THE TREE” sttood for election.I will vote for it..At Least if will not unsurp my human rights of equall justice for all and freedom of relligious belief and expression and meritologu..

What was it the Beatles used to sing? Money can’t buy me love.

It is a party full of corruption, fully attested by its own members being charged for corrupt practices.By the adminstration and actions done by BN over the years, a lot more can be seen of their corrupt ways, to which there was obvious cover-up.
How can such a ruling party save itself, more so the nation, when it is corrupt to the core.When the principal members are rooted with corrupt ways and misdeeds, no party on earth can rule effectively. That is why you can see corruption at all stratas of the adminstration/society, because the head is rotten.