A activist-friend of mine alerted me to these thoughts compiled on rsn.org

Facts are powerful. This is why autocratic rulers make such an effort to suppress inconvenient truths. (Kenneth Roth) By now we know that, too often, the opposite of a lie is not the truth, but another lie. (A Gomez). And, yes, never forget: Patriotism is the last refuge grabbed by many of these autocratic rulers.

Populist rulers are a special breed. (Some come to mind to you…?)

• They claim to know what people want.
• They are not interested in nuanced debate.
• They read any criticism of themselves as an attack on ‘the people’.
• Only they know what the nation wants and, accordingly, only they can govern it properly.
• Claiming that anyone who opposes them is thwarting their wonderful intentions, they keep hounding opponents; they need scapegoats.
• They are prone to changing laws, regulations and constitutional clauses to perpetuate their power.
• They limit media freedom, suppress civil society activism and monopolise their grip on state institutions.
• They keep casting themselves as representatives of the ‘silent majority’.
• They promote technocratic ideas according to which there are no alternatives to the market-driven policies.

The big issue here is whether public interest civil society organizations and the media keep a check on them. The way to resist populism is to insist on pluralism, diversity and broad-based controversial debate. (Jan-Werner Mueller).

So siapa makan cili … If the hat fits … 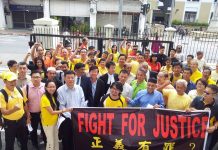 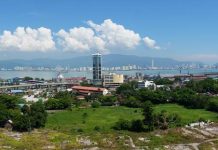 Say NO to making Penang a federal territory

The BN government will go all out to prevent an opposition victory at the 14th general election, Dr Mahathir said in his blog today. The former prime minister said among the tactics used to thwart the opposition bloc, Pakatan Harapan, are accusing opposition leader of committing crimes and using the Election Commission to manipulate electoral boundaries. “Leaders of the opposition parties are being accused of all kinds of crimes. But an incident which happened 30 plus years ago is resurrected and a royal commission of inquiry set up which, as expected, finds the opposition leaders had committed breaches and must… Read more »

Too much BN propaganda on mainstream media to fool the ignorant rakyat.

“Only they know what the nation wants and, accordingly, only they can govern it properly.” In Malaysia, having a monopoly on knowing and then dispensing exactly what the Divine wants is also a ‘gift’ apparently bestowed only on the country’s leaders.