Events unfolding in Egypt have gripped the attention of people all around the world. The writing is clearly on the wall for the US-backed dictator Mubarak.

Oddly enough, I was just watching a documentary on the last days of the Marcos regime (US-backed too) and there are some uncanny similarities. The United States only withdrew support for Marcos in the last minute when confronted with a huge display of People Power. The US government unceremoniously whisked him away to a safe haven in Hawaii. He thus escaped from justice and the wrath of the people of the Philippines.

It is also interesting to see that some of the looters, arsonists and ‘rioters’ are suspected to be police or other security personnel. (Robert Fisk provides an eye-witness account in ZNet.) If that’s true, then it shouldn’t come as a surprise as such ‘black ops’ tactics among security apparatus, not to mention agents provocateurs, are standard fare aimed at discrediting the protesters in the eyes of the rest of the public, who may be wavering or undecided. One activist interviewed over Aljazeera alleged that vigilantes had caught a looter(s) with a police ID(s) on him(them).

One popular tweet going around reads: “‘Egyptian Christians said they will guard the Muslims from the police while they on Friday Pray.’ Amazing solidarity.”

And people here in Egypt can draw parallels between Ben Ali and Mubarak. We don’t have only one Ben Ali in the Arab world; we have 22 Ben Alis, and they all need to go. And the chants yesterday that the people were chanting in Cairo and in the provinces were very similar to the chants that our Tunisian brothers and sisters have been chanting over the past few weeks in their uprising.

In a knee-jerk reaction, the Mubarak regime closed the Aljazeera station in Cairo, but that hasn’t stopped Aljazeera from beaming live visuals of what is happening in the heart of Cairo. But what is less well known is that Aljazeera is blacked out across most of the United States as well, reports the Huffington Post. But you can still access their site on the web.

It goes to show that in this age of new media, it is pointless to attempt to control media freedom – just like they did when there were attempts to pull the plug off Wikileaks. People will always find ways and means of circumventing such stone-age attempts at repression. 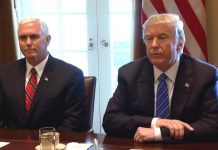 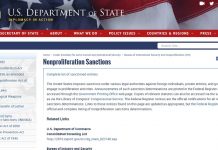 Trans-Pacific Partnership Agreement: ‘A global race to the bottom’

The all-powerful army came out in support of Egypt’s people and vowed not to fire on protesters who are demanding Mubarak’s ouster.

But in malaysia, army will forever remains setia to Jibby.

When you take away the aspirations, hopes and dreams of an entire population for a generation….what do they live on… When even food, and a roof over their heads, health and education are all denied …that exactly is the milieu that creates problems.. This is when the masses decide, better be dead then alive…and they dont mind blowing themselves up or piloting planes and crashing into buildings…. Its the same dictators the US and Israelis support that ultimately gets back to them… Malaysia, like Tunisia, Zimbabwe, Egypt before (may be) heading for the same boat… Al Maunah (may) rear its… Read more »

Thank you, anil, for the clip. There are 5 others clips in series until question time. We’re back to square one ain’t we? Asked why he didn’t form a party and run for office, Chomsky said he’d probably mess it up – perhaps also meaning he’d mess up the lives of Democrats who are really half Republicans. So Egypt is blameless. It isn’t clear what political Islam will be like as there are excessively rich Muslims who are friendlier to the non-Muslim elites as they are to those struck by the floods in Tenang or anywhere else. It is there,… Read more »

Can we hope that the happenings in the Arab world will open the eyes of Malaysians especially the UMNO/BN govt.?

First Family (of thieves and robbers) of Tunisia:

what are you waiting for?

please exercise your vote for change in the next state election.

If there is no regime change in Malaysia, we will become more and more like Nigeria (a better analogy than Zimbabwe, although we do have someone who seems to be emulating Grace Mugabe).

Dear Katharina Sri: you are too pessimistic. The situations in Tunisia and in Egypt are in a state of flux. These are popular uprisings led by the fed up middle class, not by “Muslim terrorists”.

The way thugs in plain clothes came from the ranks of the police to beat up protesters, and other thugs looted homes while the police were conveniently absent (to cause the protesters to go home) (seems familiar)… “Mubarak has committed a mortal sin in trying to cut people off from what has become their cyber lives. Being over 80 years of age, he does not understand the century he is now living in. Digital networks are ultimately social networks. The real threat to the regime is that people will upload pictures of the police beating or shooting their brothers and… Read more »

Perhaps, we should convert all the UMNO elites and cronies to GM mosquitoes!…shorter lives, lesser damage to the nation.

The ones engineering and perpetuating the ‘ketuanan’ ideology are the political elites who had recently had their political hegemony challenged. This is social engineering gone haywire, breeding racism and religious extremism. The threat of violence is always there to quell opposition and to protect their interests. Whether by design or by default, this is what we get now; all kinds of inequalities and injustices committed in the name of race and religion…. Religion and race defined a person whether he/she was white, coloured or black, and you live out your life accordingly and not by your merits, ability and worth.… Read more »

It’s nice to see people practising direct democracy when the official version goes bad, although I think allowing your official democracy to go bad should be regarded as a sign that the ‘demos’ (people) have been failing in a duty of care towards each other in the first place. I’m not convinced Malaysia hasn’t seen the same thing in living memory. It all depends on your understanding of who is “in power”. I think that Malaysia needs a change of government, but also that PR will be no better. The one hope I have is that without the support of… Read more »

There’s a saying that money in the wrong hands is a dangerous thing. So is democracy. Democracy is the antithesis to religion. Rule by the mob versus social control. What the west is finding out is if you give freedom to those who do not cherish it, you yourself will lose that very freedom. America owes China so much that it now owns China. It’s the same analogy whereby if you owe the bank $1000, the bank owns you, but if you owe it a billion, then you own it. I saw that program on Aquino as well. Same conclusion… Read more »

Anil, is it not what I was talking about in my comment…only, I did not spell out spelling out what you have said and championed…justice, real democracy and human rights. I called, “A spade a spade”

I just dont want Egyptians to suffer and be poor for another thousand years….Enough of all these dictators….

(Certain parties) uses Islam as a tool to control the malays, as they know the malays will not revolt agaisnt the religion.

You seems to cheerish the idea of having Mubarak deposed.

You seems to cheerish the idea of revolution.

Without even thinking of the consequences.

Do you want Egypt to turn into another Iran?

Do you want what happened to the Buddhist statues in Afghanistan to happen to the Egyptian pyramid?

Them Islamic radicals could blow up the Pyramid like they blew up the ancient Buddhist statues of Afghanistan.

Do you really want that?

How many more of these wonton destruction do you want?

No, I don’t cherish all that. What I and many others around the world would like to see is an administration that represents the aspirations of the people of Egypt for justice, real democracy and human rights.

Think,
I can only agree that Mubarak is far better than Mahathir. Worst, Mahathir & BN have sucked Malaysians including malays dried for 53 years & yet gleefully supporting him
# Don’t think I see moelem overzealous there

Especially, the suppressed Malays taking the lead to boot out the self-claimed Ketuanan UMNO MELAYU! It is long overdue, this corrupted and evil regime leaders be made answerable for all the corrupt practices and act of injustices to the rakyat…

The same … will happen in Malaysia the day the malays come to realisation that the Dasar Ekonomi Baru and the new ETP are merely instruments to enrich the cronies, and that umno is merely using ketuanan melayu concept to fool them…

The U.S. may not realised yet that the time is up for them to ‘police’, self appointed, the world is up. The world will no doubt be a more peaceful place without them imposing their interests on everyone except China. Even then they still sent their planes to spy on them. All they are interested is to sell arms to Taiwan, in this case, in the name of trying to protect Taiwan. They have their armed forces in Japan, Korea just to name the obvious ones, why ? They are virtually bankrupted. they keep printing worthless dollars whenever they run… Read more »

This so-called people’s revolution around the Mid-east and North Africa are organized by Muslim terrorists! Thus, do not be deceived by the supposedly “people’s rev” or by leftie and students in all these violent Islamic-led revolution. The Muslim fanatics and terrorists will used anyone and anything to get to their most evil and savage goal of Iranian-Mullahs Nazi-like conquest. Imagine the unspeakable horror to Israel and the Jews especially. After all, the Arabs including the Palestinian Mufti of Jerusalem, Muslim Brotherhood founder, Hassan al-banna and the Turkish Ottomans were among or main Hitler/Nazi’s biggest collaborators or advisers! And the evil… Read more »

Katarina In the case of Egypt….I disagreed