A protest song against the 2014 World Cup by Edu Krieger is going viral. It highlights the inequality among Brazilians and the lack of desperately needed public infrastructure such as inadequate public schools, public hospitals, public transport and affordable housing.

The lyrics of the song, below:

I’m sorry, Neymar,
But during this world cup I won’t be cheering for you,
I’m tired of watching our people fading slowly on TV shows,
In the meantime FIFA worries about standards,
We’re guided by thieves that play dirty to win,
I’m sorry Neymar, I’m not cheering this time.

Parreira, I saw,
That Tetra [championship] make people so happy,
But we won’t be real champions spending over 10 billion to have the world cup in the country,
We have beautiful and monumental stadiums,
In the meantime schools and hospitals are about to fail,
Parreira I saw, an abyss between the two Brazils.

Sorry, Felipao,
When Cafu lifted the World Cup and showed it,
Your roots in such a solemn moment which turned Jardim Irene in a portrait of Brazil,
The promised spring never came,
Life is worth more than a goal,
And the improvements where are they?
Sorry Felipao, our country didn’t flourish.

I know, supporter,
That my simple and honest opinion,
Won’t make you that makes little money and lives poorly,
Stop going to the end together with our team,
Even without money to pay an expensive ticket,
You’ll never stop loving our team wherever they go,
I know supporter, it’s you that is right. 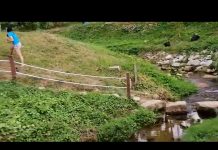 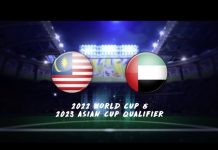 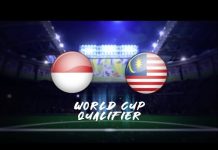 NST today has an article saying that Malaysia will have one difficulty hosting the World Cup due to the clash of culture, having noted how the women supporters dress in the stadiums supporting their countries at the current World Cup finals.

ISMA should take a good look at the current French World Cup squad.
There are many ‘pendatang’ in the squad that do not belong to the times of Napoleon.
Also, many French players are Muslims (Benzema, Sagna) and their parents are likely immigrants from French old colonies. So much for Malaysia to learn from there despite the ‘Truly Asia’ claim.

Actually FAM was (allegedly) planning to ‘naturalise’ the Selangor foreign top scoring striker Paolo Rangel (from Argentina) to become a Malaysian to play for the country. But it was (allegedly) opposed by Malay NGOs who only want anak Tanah Melayu to be Harimau Malaya.

Has Brandon Gan got his Malaysian citizenship to play for Harimau Malaya?

While Spain can no longer tiki-taka at the World Cup, Najib still gives us teka-teki regarding his relatioship with his deputy?

PM vs DPM is a common occurrence in BN.
So Najib vs Muhyidin is a case of no smoke without fire?
http://www.malaysiakini.com/news/266433

FAM once upon a time said Malaysia would qualify for World Cup Finals in 2014. The recently retired president of FAM who held the position for more than 30 years, should explain why Malaysia is still struggling at Asian level, while Japan and South Korea has repeatedly played in the World Cup Finals.

FAM had poor leadership all the while.
Has grandiose vision but no results to show.
Got people small thrill when winning Tiger/Suzuki Cup with Rajagpoal as coach, nothing more.

Malaysia can be in World Cup finals if Umno decides to host the event.

actually Taiwan is also quite a good place to consider for retirement !!!

kee
many msians think of migrating elsewhere to stay away from discriminations etc while senior caucasians come over to Msia jus because their currencies are many times bigger than ringgit making evert transaction (eg buy condo, food, beer, clothes etc) a damm excellent dealings.
u can witness yourself at Tesco Tanjung Tokong such seniors from straits quays area come to shop in the morning.

Bank Negara PLS DO WAKE UP !

Migration seminar this time to Canada this coming Saturday at Northam Road Hotel 2pm.
Come and listen the factors that swing many to change course.
don’t worry tham chiak kuis, with globalisation we still can get Penang Street Food anywhere in the world go ask CK Lam, Helen …. or may be tunglang for airfreight chendol…..

Those in their twenties should seek job overseas as a stepping stone to facilitate migration. No future in Bolehland when it is no longer secular with those Islamic authorities determining the rules of the country.

Also the same 4 reasons why average Malaysians dare not go for overseas vacation.

Why do you think million of Malaysians especially the well informed, skillful professionals, including reportedly some 20,000 thousands of Malays who have immigrated to Perth ? Even though these are only a trivial fraction of those who have immigrated but the fact will show how courageous and non tongkat or wheelchair dependent they are.Amongst them, of course, are those who left this country before they are indicted for the wrongs they do. Nevertheless I must salute all of those non tongkat or … dependents Malays and most of all to prove to the world how they can walk like everyone… Read more »

those days mostly pro in their 30s migrating. Nowadays those close to 50 wanna move out to greener pasture in Aussie down under for example. never too old to sing per astro golden classics shown on AEC every saturday, So never too old to find new home (affordable) elsewhere where there are no conflicts in abiding the laws. btw, i suggest Anil and gang (those who are nolstalgic of old Penang) make a trip to Hue in Vietnam. Now AirAsia offers cheap flights to Danang (central vietnam) form KLIA2. From Dang, can take easy oad trip to Hue, which is… Read more »

More Malaysians are likely to migrate as the country lately has gone from bad to worse. The “ketuanan Melayu” and “ketuanan Islam” are now intruding into their personal and public lives while the BN government has failed to reform and increasingly giving way to Perkasa, Isma and other extremist forces in public policy making and implementation – a development which even moderate and liberal Malays cannot stomach. Some may argue that it is better to do so early before the value of Ringgit gets depreciate further.

My neighbor will migrate to Perth in two months time, for the sake of their children, more so as Malaysia is no longer a secular country.

Parliament Speaker Tan Sri Pandikar Amin Mulia had overstepped his boundary in making a constitutional ruling by saying that Malaysia was not a secular state.He is merely following the script provided by Umno.

Meanwhile TV3 and Awani is showing prihation towards the two sunk boats. They are not critical that these people are offenders who entered the country as ‘penceroboh’?

It is indeed frightening – IGP is the law himself, Malay NGOs too… Don is right, they learn from their master… And it seems that pm is keeping his mouth shut…. They are not afraid of the court, they are above the law. They are the LAW themselves !!!… For those who can, run while you still can unless you have the mantle like late Karpal Singh and Lim Kit Siang. I see no future in this land because indeed we have too many bodoh bodoh among us, not only 47%, but more can see it clearly in the teruk… Read more »

Scary indeed when that minister Jamil in PM office has claimed that Malaysia is not a secular state but an Islamic state based on Umno’s new interpretation of history. Our constitution is under threat and how we miss the roar of Karpal Singh in times like this.

By the way, is IRB (LHDN) following the path of 1MDB when it is going to invest tax payers’ money?

If Malaysia did not pay any ransom for the release of Chinese tourist kidnapped by Abu Sayaf, then why another Chinese man was kidnapped again?

1derful transformation yet my Indian friends today told me after 505 there have yet to witness efforts to help the community as the leaders have 1derful KPIs like Palanievel (Panda), Subramaniam (Aedes mosquitoes) & Kamalanatham (1Msia NetPC service warranty issue) ?????

Danny
I was told by my Chinese friend that Tan Sri Chua SL has claimed that top MCA members are paid salary and given chauffeur-driven cars as perks? Is it true?

Subramaniam’s no smoking at R&R is considered an achievement in his KPI quest so much so that he retained his Health Minister position and Liow TL has to settle for Transport/MAS minister in the bloated cabinet reflecting the obesity problem of the nation.

This sums up the current sad situation in Bolehland: Court decisions are ignored. A ruling by the Attorney-General (A-G) is snubbed by religious authorities. And every day there is a threat being issued by one group of Malaysians against another group of Malaysians.

The East Malaysians are restless. Sandwiched in between all this are state-abetted acts of thievery and plundering on a scale not seen before.

No wonder a latest survey indicates that a very high percentage of Malaysians feel that the country is headed in the wrong direction.

Didn’t countries like Spain and Greece were host to the Olympics in the last couple of centuries ? What had happened to these countries ? Therefore don’t act or behave like you are rich enough to build all the infrastructures that were needed to host the Olympics most of all the Olympic council or FIFA should ensure the countries that are bidding to host the games are financially sound before trying to host these world events !

No point protest here and there

After watching this video, one may ask ‘Apa Lagi Bumiputera Mahu?’

Umno mahu more Malays with ACCA accounting qualification to help them with creative accounting along the line of shadow practices?

Jho Low can invite Pitbull, Jennifer Lopez & Claudia Leitte to a BN function to sing the World Cup song “We Are One (Ole Ola)” and change the lyrics to “We Are 1Malaysia” in tribute to Najib?

Jho Low can no longer get Psy to Malaysia to perform (foc?) as his latest song ‘Hangover’ is about boozing until mabuk, surely will make Jais, Mais and Jakim fuming mad as the Ramadan month is approaching!

JLo’s skimpy outfit may give those PAS folks heart attack.

Isn’t Malaysia lucky not being awarded any world event, but not to worry Malaysia will not never allow any protest in the street. They have their … police to make sure of that.

I worry more for Malaysia.
At least there is no religious discord in Brazil.

Migration Seminars to attract eligible Malaysians to settle down in Australia, New Zealand & Canada become more and more. WHY ? Becoz there are demand for that. Reason : A country with police chief now setting up a third law when not able to follow either civil or syariah law.

Is Malaysia turning into a lawless society? The IGP does not obey court orders, MAIS is able to disobey the AG’s orders. The culture where UMNO Baru leaders believe they are above the law has spread to those appointed by UMNO Baru?