Imagine you have just won the elections for control of a major national political party. And one of the first things you do is address a rally calling for refugee rights.

Hard to imagine, right? After all, in many countries, refugees usually don’t have the right to vote; so which politician would want to address a rally in their support especially soon after a stunning win in party elections?

But that is what happened in the UK, when Jeremy Corbyn, the newly elected Labour leader, spoke at a major refugee rights rally shortly after his shock victory.

Seriously, Corbyn’s triumph spells the end of those championing a right-of-centre ‘New Labour’. The result returns the party to a more pro-people orientation that is more critical of the neoliberal era ushered in by Margaret Thatcher. Thatcher put the UK on a privatisation spree, along with other neoliberal measures including cuts in social spending, which eventually resulted in growing income inequality. The Gini coefficient (which measures income inequality) for the UK soared from 0.25 in 1979 to 0.34 in 1990.

Corybn opposes such welfare cuts. He has been extremely critical of privatisation, saying it has resulted in the people being “robbed” by swindlers whom he likened to “spivs snatching up the public assets being given the license to print money”.

Here is a younger Corbyn crossing swords with Thatcher in the House of Commons:

And this is Corbyn defending his less than dapper outfit, including the jumper his mum knitted. He says the job of an MP is not to look all dandy and to attend dinner invitations but to represent the voters:

No wonder, the right wing press in the UK went almost hysterical and even ridiculed his choice of shadow chancellor for having the temerity to suggest taxing the rich and removing subsidies for Big Business.

In the global context, Corbyn’s triumph comes on the back of recent events in Greece and Pope Francis’ critical views of capitalism and how it has contributed to the “cry of the poor” and the “cry of the earth” (environmental damage), which he put forward in his recent encyclical on the environment Laudato Si (Praised Be).

Corbyn’s unexpected win will give those political ideologues around the world who have been moving their parties to the right in the model of New Labour (which narrowed the ideological divide with the Tories until there was little to distinguish between the two) considerable grounds to pause and think again. 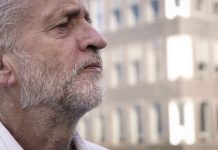 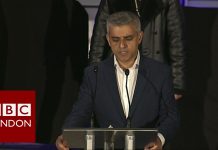 Jeremy Corbyn is the most unlikely leader of one of Britain’s biggest political parties in living memory. He was elected leader of the Labour Party by a party electorate swollen by an army of new, mostly young radical members. He is a genuine socialist, anti-capitalist, anti-war; and anti just about everything that Tony Blair stood for. Stephen Sackur speaks to Lord Mandelson, one of the architects of Blair’s New Labour project. What does Jeremy Corbyn mean for Labour and for Britain?

Listen to this latest BBC’s Hardtalk on podcast here:
http://www.bbc.co.uk/programmes/p036vvzr

In Malaysia, there is no doubt that the privatization of electricity and fixed lined tele-communication have brought about marked improvement in their services. Privatization is not necessary a bad idea if it can bring along better services so long as the rakyat are not shortchanged by monopoly, political meddling, unfair pricing of products, inequitable distribution of shares, non-transparency in administration and accounting, bailouts, unaccountability and impunity of directors, amongst others. As for the issue of refugees, although there are needs for compassion and humanity in a civilized society, the issue should be looked upon within the scope of immediate and… Read more »

I think we should ask why we need to bring in foreign workers when we have refugees in our midst who desperately need to earn a living legally.

Because you can’t give IC’s to Syrians?

The European nations are sympathetic towards the Syrian and North African refugees, many of whom are Muslims. But why the Arab nations could not extend similar assistance to help their Muslim brothers and sisters? Pro-people movement in EU may see the rise of Islamisation in time to come as population growth of Muslims due to migration and high birth rate. Meanwhile in Australia, Malcolm Turnbull, a former investment banker and lawyer, was sworn in as the new prime minister after defeating Tony Abbott in a vote of Liberal Party lawmakers. Liberal Party made the change knowing that they could lose… Read more »

The fat cats are frightened because (a) Corbyn’s is challenging and exposing capitalism including war (b) the people don’t feel fearful or apathetic despite all the propaganda.

Jeremy Corbyn in the UK.
Bernie Sanders in the USA.

Fighting back against neoliberalism and
its economics (bailouts for financiers, austerity for the rest).