The 25 January pow-wow between EU reps and Pakatan leaders caught the attention of many. And it raise the question as to whether the EU is now hedging its bets ahead of the general election, with an eye on the EU-Asean FTA. 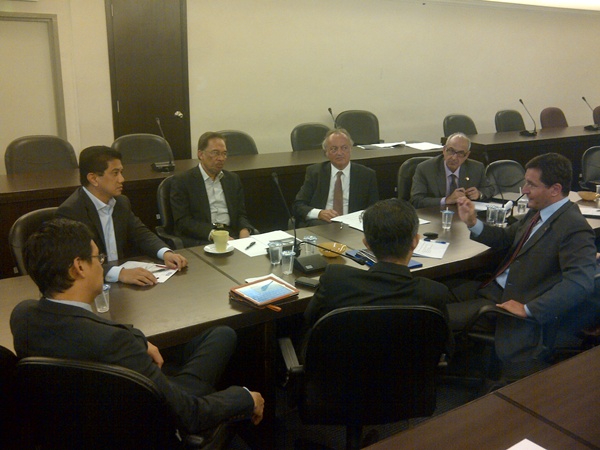 The way I read it, it is not really an endorsement of Anwar or that the EU would prefer Pakatan over BN. I don’t think it matters to the EU who is in power in Malaysia as long as their agenda is achieved: pushing through the EU-Asean Free Trade Agreement (FTA).

But what is the aim of the EU-Asean FTA, the negotiations for which are largely conducted in secret? The way I see it, it is to prise open the Asean market for large European firms to penetrate the region – in the same way that these firms are eyeing the vast Indian market under the EU-India FTA. That’s the main agenda of Corporate Europe.

These large European firms or BusinessEurope are working very closely with EU Commission negotiators to secure the best possible outcome for themselves.

Of course, Umno-BN leaders may have their own reasons for dragging their feet over the FTA. Maybe they want their crony companies to continue profiting immensely from current government procurement policies. An FTA might allow “more European companies to bid for public contracts in sectors such as energy infrastructure, water treatment, healthcare, transport or construction,” according to Corporate Europe Observatory and India FDI Watch.

For a better idea of what the EU is looking for, see my 2010 blog post.

As for Pakatan’s stand, Anwar articulated it as follows: “Our general philosophy on the matter is to adopt the principle of free trade with fairness and a level playing field.

But the problem is, has the playing field ever been level? Klang MP Charles Santiago hit the nail on the head with the following tweet:

To use a football analogy, it’s a bit like Manchester City vs QPR, owned by Malaysian Tony Fernandes. QPR may secure a shock win now and then. But nine times out of 10, the European football aristocrats of Man City, backed by the vastly superior financial resources of their much wealthier owner, will thump the team now propping up the Premier League table. The playing field may look “level” but football fans would know that the vast disparity in resources between the two clubs makes this a most unequal – even unfair – contest even before the kick-off. (Why, Tony Fernandes even says he will quit QPR if they are relegated!) So too with the EU and Malaysia in the EU-Asean FTA.

Will European MNCs seize control of significant sectors of the Malaysian economy at the expense of local firms? Even before the FTA, we are already seeing that happening with, for instance, European hypermarkets affecting local market traders and even small local supermarkets.

Far from being an endorsement of Pakatan or Anwar, the EU’s recent meeting with Pakatan leaders suggests the EU is hedging its bets to secure the interests of Corporate Europe and European MNCs via the FTA, no matter which party is in power in Malaysia. So let’s not be naive about the real agenda here.

All these USA inspired trade agreements should be treated with caution . European Members of Parliment have even been kept in the dark about horrific details . One MP described how she was only allowed to look at the agreement after being vetted , having her phone and pens and computer/tablet taken from her . She was allowed to veiw the proposed document in a secure room with a security guard , after signing a draconian non disclosure agreement that forbade her to mention ANY detail to her constituents. It is an international USA trade takeover . One clause for… Read more »