Some bits of that forecast have come true, especially the bit about the ISA being repealed (though not in the way I expected) – and now, Suu Kyi being poised to lead Burma after the nation’s first free elections in years.

If anything, in the democracy stakes, Indonesia is well ahead of us and now Burma, of all nations, could surpass us before long. How far we have fallen behind.

Our electoral process leaves much to be desired, and we are still a long way off from the repeal of all preventive detention laws while Asean still lacks a regional human rights court.

… to mark Singapore’s 40th Independence Day in 2005, a Singapore website  invited me to write an imaginary news-report about Malaysia exactly 20 years into the future i.e. 9 August 2025.

In keeping with the spirit of freedom and liberation, I chose the topic of the ISA and allowed my mind to wander and wonder what it would be like when the announcement finally came that this obnoxious law would be repealed. I imagined euphoric scenes of joyous celebration across the nation.

Back in 2005, the opposition parties were hardly united and I figured any repeal would only happen in 2025. But four years later, in 2009, 50000 people marched through the streets of KL under the banner of the Abolish ISA Movement (GMI), demanding an end to this much-reviled law. Yesterday, with a general election looming, Najib of all people pre-empted my 2025 forecast by announcing the ISA would be repealed.

But there are, of course, two provisos to his announcement. We don’t know when the statute will actually be repealed in Parliament. And we can bet that we have not seen the last of preventive detention or detention without trial laws. No wonder, unlike the jubilant scenes described in my article below, the public reaction to Najib’s announcement has been flat. Kamunting is still open for business; no ISA or EO detainees have been released. And Aung San Suu Kyi has not sent any congratulatory message following the PM’s announcement. Instead, the PSM 30 are facing trial on 10-14 October and the ISA will probably be “rebranded” and reincarnated into two new laws for anti-terrorism and “public order”. (Who defines “terrorism” and “public order”, anyway)? Najib is smart but ordinary people have wisened up and they can see right through his “reform” package. An aunt of mine, not ordinarily interested in politics, remarked, “Ai-yah, you believe him ah? All this just for elections-lah.”

So, if we are talking about preventive detention laws, my 2025 prediction may still be valid! After all, no one is celebrating just yet – and rightly so. We can’t celebrate until the last of the preventive detention laws are finally repealed and our judiciary reformed so that it becomes truly independent. I just hope we don’t have to wait for 2025 for that!

This was my crystal-ball gazing piece written in 2005:

Kuala Lumpur, 9 August 2025 – In a stunning development, Malaysia has announced that it is repealing the Internal Security Act 65 years after its enactment.

The move to abolish the law, which allows indefinite detention without trial, came after years of campaigning by a coalition of civil society groups known as the Abolish ISA Movement.

The decision to repeal the ISA was also one of the central planks of the reformist election manifesto of Malaysia’s new prime minister, who won a general election earlier this year after promising to usher in a new era of genuine bottom-up democracy.

A couple of hours’ drive north of Kuala Lumpur, in the industrial town of Kamunting, there were jubilant scenes marking the end of an era as the last group of security detainees at the infamous detention centre here walked out. “It’s good to be free,” said Abdul Manaf Ismail, who was mobbed by reporters as he emerged through the gates tearfully. “I never expected this – I was prepared for the worst.”

He was greeted by his wife, Suraya, and their two children, Zulkifi and Shirleen, who had travelled all the way from Malacca.

The move to get rid of this archaic law is expected to ripple through ASEAN. Campaigners expect Singapore and Brunei to announce a repeal of almost identical laws in their respective countries while other ASEAN nations are also likely to abolish similar preventive detention laws.

Malaysian grassroots groups and activists in neighbouring ASEAN countries had strongly lobbied the Malaysian government to abolish the law, a relic of British colonial rule from mid-20th century Malaya. The law was initial used against communists and left-wing groups from the 1960s but was then expanded to zero in on an assortment of groups and individuals who were allegedly involved in actions “prejudicial to national security”.

After the Sept 11, 2001 attacks in the United States, the ISA and preventive detention laws received a new lease of life as hundreds of suspected militants, allegedly linked to Al Qaeda, were rounded up across the world. But preventive detention laws fell into disrepute in the years that followed after horrific accounts of torture and abuse of prisoners emerged from Abu Ghraib prison in Iraq, Guantanamo Bay in Cuba, and Bagram air base in Afghanistan.

Burma’s former prime minister Aung San Suu Kyi, who has become an inspirational figure for the pro-democracy movement in ASEAN, sent a congratulatory message to the Malaysian government. “This is a great day for the Malaysian people and the people of ASEAN,” she said. “I understand full well what it means to be detained without trial and to be denied natural justice, so I want to salute the Malaysian government for doing away with the ISA.”

Suu Kyi, who recently celebrated her 80th birthday, spent more than a dozen years in detention after her pro-democracy movement was brutally suppressed by Burma’s military regime. Upon her release from house arrest 15 years ago, she contested in the country’s first free elections in years, going on to become prime minister of Burma briefly, before stepping down to make way for younger leaders in her party.

At the secretariat of the Abolish ISA Movement in Kuala Lumpur, Kamal Yusuf was euphoric. “We have waited a long time for this day,” he said, as colleagues sang and danced in their office. He pointed out that repeal of the ISA was a vindication of the principle of natural justice that a person should be presumed innocent until proven guilty in a court of law.

“I wish to acknowledge the immense contribution of all those who took part in the struggle,” he added. “More importantly, this victory for freedom- and justice-loving people would not have been possible if not for the persistence and tenacity of all those have campaigned against the ISA down the years.”

In a related development, the ASEAN secretariat said plans for an ASEAN Court of Human Rights were well on course. The Court would hear appeals on human rights cases in the region and would itself allow further appeal to the newly set up Asian Human Rights Court.

The move follows the setting up of national human rights commissions in all ten ASEAN member nations. In recent years, the last three of the ASEAN nations without such bodies – Singapore, Brunei and Burma – announced they had agreed to set up commissions in their respective countries. 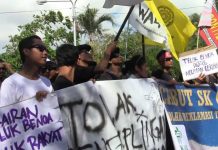 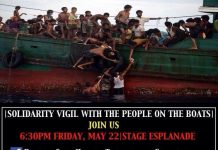 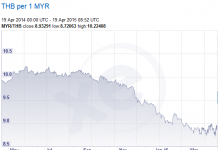 Myanmar people are hard working judging by those who work here. With leaders who cares for their people, their future is brighter than ever.
As for Malaysia, still fighting among the politicians. Ringgit performance measure our progress, rosy (no pun intended) or not u can judge urself!

SORRY, CHINESE! IT’S THE MALAYS WHO NOW CONTROL MALAYSIA’S ECONOMY Contrary to popular perception, it is the Malays and not the Chinese who dominate the economy here as they control major banks, government-linked companies (GLCs) and top posts in the private sector, a writer for The Diplomat said. Bochen Han from the international current affairs magazine for the Asia-Pacific region also highlighted income inequality among the Chinese, pointing out that there is little government support for impoverished non-Malays while the Malays are protected by pro-Bumiputera measures stemming from the New Economic Policy (NEP). “Since the enactment of the New Economic… Read more »

Tensions intensified? Or is it manufactured tensions?

I dont think it helps to look at things from a race-based perspective. If anything, it masks the real concentraton of wealth in the hands of an elite few of all races.

Now you know why Ismail Sabri wants to start vaping family business, probably in his Mara-LowYat2.

Talk to a banker at Beach Street, who said many penangites no faith in ringgit, resort to foreign fund and currencies to safeguard future. Not sure if this unpatriotic or not?
Ringgit expects to dip further testing RM4.50 per 1US$ if Obama raises interest rate in Dec.
Also condos not landed property in Penang now over supply. Condos lelong in progress if we are not aware. Speculators may be burnt if not careful now…… just to share.

No doubt Laos is largely kept in the dark and being ripped off. No doubt Philippines is desperately poor, never mind the feel-good propaganda from its sponsors. However, except for one particular dictatorship (that nobody calls a dictatorship), we are now behind every other country in SEA and East Asia in democracy. We are also in reverse gear in economy, and have dropped behind some countries that used to be poor in the 1970s and 1980s. Look at the source countries of even simple consumer goods and even basic food sold here. We can’t make these because of various “difficulties.”… Read more »

“…in the democracy stakes, Indonesia is well ahead of us and now Burma, of all nations, could surpass us before long. How far we have fallen behind”. Indeed. “Repeal ISA” engendered SOSMA and POCA, and applications of the Penal Code which have raised major questions. And broken promises – classic example being Najib’s “Repeal Sedition Act”. And the Judiciary, Attorney-General, police force, Parliament, civil service, Islamic authorities… Any reason to wonder why so many folks are pointing out how Najib’s “Transformation” has morphed negatively into how our level of democracy has nosedived and nosedived into the dark levels we are… Read more »

Malaysia will likely export maids to Arab countries in time to come, since many graduates are female and jobless but in Arab-approved attire.

“As far as I’m concerned, I think unless the leadership is changed, don’t expect change,” Dr Mahathir ‎told a press conference in Kuala Lumpur today when asked to respond to social activist Datuk Ambiga’s ‎statement that she was willing to work with the former prime minister if he agreed to change the country’s system of government instead of focusing solely in Najib’s removal.