What is happening now in Selangor – the ongoing water crisis – reflects the utter failure of the water privatisation policy.

The result of the privatisation of water services to well-connected companies is now there for all to see.

Compare what is happening to water in Selangor to the situation in Penang, where water is for the most part owned by the state (55 per cent), Penang Development Corporation (10 per cent). Minority stakes are owned by other smaller agencies and the public.

Penang’s average domestic tariff of 31 sen per litre is the lowest in the country. Despite the low tariffs, per capita domestic consumption dropped from 291 litres per capita per day in 2010 to 285 in 2011.

And despite the low water tariffs and lower domestic consumption of water, profit before tax soared from RM30.8m in 2010 to RM42.4m in 2011.

A big part of the secret is that non-revenue water (water that is not billed – e.g. leakages, theft etc) was only 18.4 per cent in 2011. That’s impressive by any standards. It is also half the Malaysian national average of 36.4 per cent in 2010. 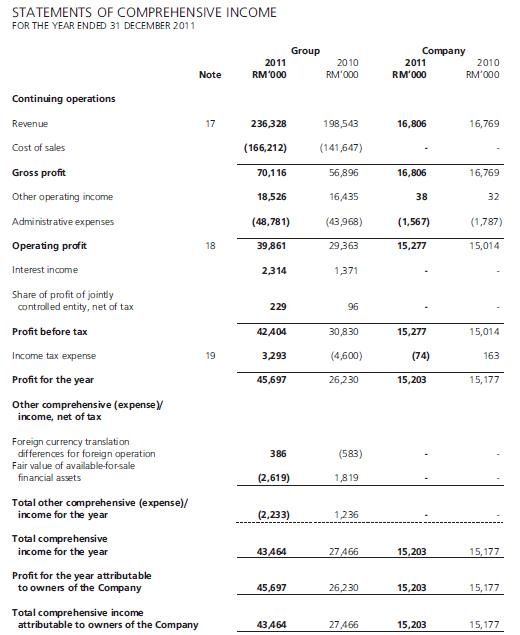 Despite the low water tariffs, I can’t remember the last time the Penang suffered a major water crisis, can you?

And yet, compare what the CEO of PBAPP earns compared to what, say, the Puncak Niaga boss receives.

So who was the wise guy who inspired the privatisation bandwagon in Malaysia? None other than former premier Mahathir!

So this is what malaysia has come to? The crab mentality is playing in the minds of our amateur and somewhat politicians. Malaysians be prepared to endure the consequences of these political war where only the common man will suffer.From here starts the downfall of a beautiful country unless the common man rises not just for himself but for humanity to be restored for our future generation.

Agreed with Tan, Syabas CEO didn’t deserve the price tag. Come on, there are in non competiting business, monopolised, can’t really understand what is the taxpayer money paying for.

In Singapore providers of essential services like transport,electricity and water get hefty fines if their services are not up to scratch. The most recent is the MRT whose trains broke down but were in general back in service after a few hours. What are the authorities in Selangor doing about the current water shortage which is clearly due to poor or non-existent maintenance. They must have been emasculated by the privatisation agreements and are now toothless and powerless to deter such sloppy performance. The people should stop paying their bills as a protest Enough is Enough.

This water shortage is only further evidence of who is behind all these shambles during the raining season ! Even retards know it is the work of Umno therefore the more troubles they come up with the worse it will be for them.
To ensure the water will flow again, without disruption, have the present tenants in Putrajaya changed in the coming GE, that is if there is going to be a GE !

Hi everyone, We have a SYABAS CEO who is overpaid, something like RM6.8 million annually (not counting the perks!) but who does not know how to do his job. An UMNO official and definitely an UMNOputra, one can arguably say he gets to be in his position because of who he knows, NOT what he knows! Why? In the current KL water crisis in 3 areas, he went on record as saying that the crisis would drag on beyond CNY when SYABAS officials said that it would take them a week to resolve the issue! LATEST, SYABAS officials have announced… Read more »

Honestly its not a matter or ills of privatisation – its a ills of PIRATISATION.. Privatisation does not imply no regulation, lawlessness. THIS is what we have with the water company and really piratisation happen with just about all Mahathir’s contract.. They have broken contracts, broken their fiduciary responsibilities – and protected by their politicians. You want to privatise things that have politically difficult to execute efficiencies and delivery for example telcos and electricity..Water on the other hand actually is not so clear..Selangor is big and diverse need state that privatisation can yield efficiencies and better delivery..BUT water is NOT… Read more »

Syabas is a shame in its failure, but BN chose to put the blame on Pakatan, as usual, and the people of Selangor suffer.

Do you know why during raining season there is no water for certain areas in KL and Selangor? This is the sign that we are drinking water from the river. Each time it rain the filters and pumps will clogged up with rubbish. Imaging how dirt is our river yet we are drinking water from it. This is part of the easy way to make profit by channeling dirt river water to your household pipes. God bless the Bolehland!