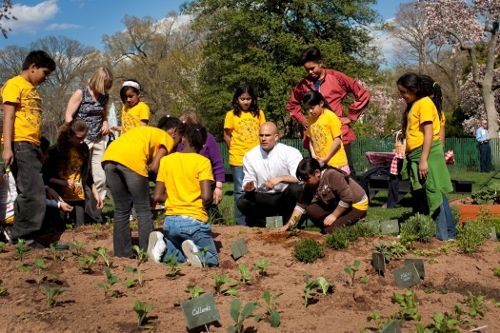 The pesticide lobby’s letter prompted a petition in response to “Tell the pesticide peddlers: We support Michelle Obama’s organic garden”. The petition has already exceeded its target of 100,000 signatures.

If the Obamas can do it, how about our Prime Minister, Mentris Besar and Chief Ministers starting their own experimental organic farms on the grounds of their official residences? How about our mosques, churches and temples doing likewise? How about us cultivating our own organic gardens in our backyards or front lawns?

Huh? Our own political leaders to plant their own organic food? Are you out of your mind Anil? These clowns who run our country have never dirtied their delicate fingers or feet for eons. Organic? What’s that? Planting own food? Yuck! Disgusting. That’s low-class peasant work unless the vegetables are imported from Australia, Holland, etc.